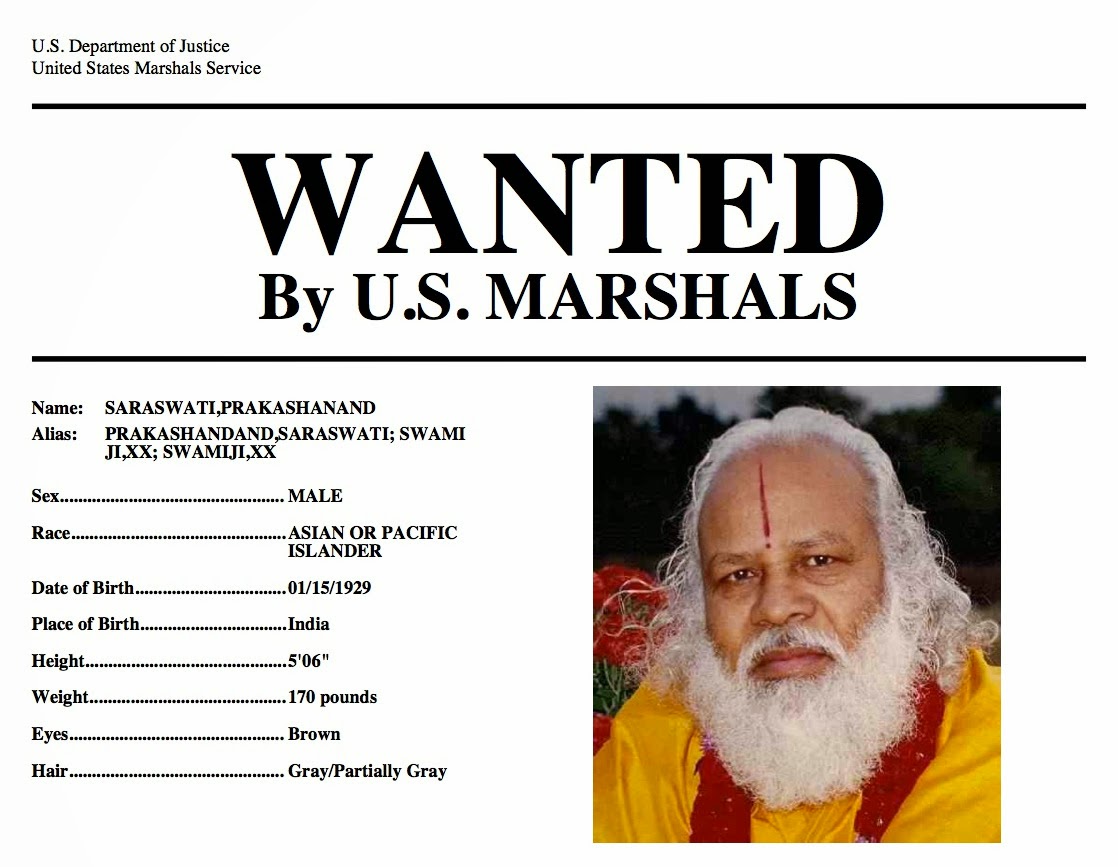 Someone passed on this information to me today. One of Kripalu Maharaj's preachers was giving lectures in Dallas, Texas, recently. An elderly couple walked up to him afterwards and asked him: "What is going on at Barsnaa Dham? Where is Prakashanand Saraswati?"

He looked at them with a straight face and stated: "He's left the earth planet."

What lies won't they tell?

First of all, if he were dead, they would produce legal documentation so that the law would not keep hunting him down. He is, after all, still a fugitive from justice.

Secondly, the official word from the U.S.A. ashram, confirmed by several sources, is that he slipped out of Mexico with a disguise and fake passport. Now he presumed to be hiding in India or Nepal. And according to my sources he is "well protected."

Third, where is his long-time companion, Vishwambari Devi, who is also missing? Did she "die" too? Or is she hiding out with him in some remote village on the other side of the world?

Jagadguru Kripalu Parishat is an organization that will help a convicted felon get away, hide him, and then lie about it.

The next best question to ask is: who exactly helped him escape, starting the day he left Hays County, Texas?

Really, spiritual place, isn't it?
Posted by Rishika (Karen Jonson) at 8:24 AM