The Authentic Guru-Disciple Tradition in Hinduism – A Discussion by Dr.Madhu P. Godsay

Dr. Madhu P. Godsay, a life-long Hindu and business professional living in the United States, graciously offered to write an Afterward for my book, Sex, Lies, and Two Hindu Gurus. Years ago, he and his wife met one of Kripalu Maharaj's many preachers in New York City, Parikari. Like many Hindus, they were happy to find someone who could sing shlokas and give discourses on Hindu topics. However, it did not take long for them to recognize the deception and wrong motives of a Kripalu preacher. Dr. Godsay and his wife immediately stopped attending the satsangs. Later, in Austin, he visited Prakashanand Saraswati at his new ashram in Austin, Texas. When he recognized the style of satsang as that of Kripalu's and saw Kripalu's name mentioned on the chants, he questioned Prakashanand. Prakashanand denied even knowing Kripalu. This was in the early 1990s right after Kripalu had been arrested for raping two underage girls in India. Dr. Godsay's discussion in my book (posted here) presents an excellent perspective on the vital importance of verifying the validity of claims made by so-called "gurus" before getting involved with them. 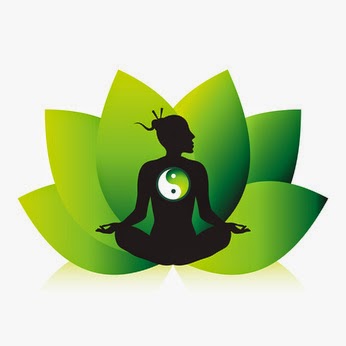 First, verify the authenticity, purity, and legitimacy of any person calling themselves a guru, before you put your spiritual well-being in their hands.

In the preceding pages of this book (Sex, Lies, and Two Hindu Gurus), you read the story of the Barsana Dham ashram, the two JKP "gurus," and the experiences of this author. It is natural to feel disappointed, angry, and frustrated when we meet people possessing demonic dispositions. It is our misfortune when we fatefully get involved with such people, who will stop at nothing when it comes to lust, power, insatiable desires, and money. These types of people strive to amass, by unfair means, hoards of money and other things for the enjoyment of their sensual pleasures.

All religious traditions suffer from these types of guileless people, who constantly deceive people and prey on the innocent and gullible believers. The exploitation goes on, whether it is a religion or any other organization. These people, posing as “gurus,” are beyond any conscious ethics and morals. In most cases, therefore, it is not the tradition that is at fault. It is the fault of these deceptive personalities, who are exploiting the people who come to them and the traditions in which they faithfully believe.

It is my intention to describe, briefly, the authentic guru-shishya parampara (guru-disciple tradition), which dates back to literally thousands of years in India. It is still alive and well in India to this day. However, this tradition is not monopolized by India. The Western world has also seen the epoch of teacher-student relationships, which existed in Greece in the fourth century B.C., such as the famous triad of Socrates-Plato-Aristotle.

Although the word “guru” is used very loosely today to denote an expert in any particular field, it is mainly related to spirituality. In Sanskrit, the letter “gu” stands for darkness (in other words, ignorance) and the letter “ru” means that which removes the darkness. Thus, a guru is a teacher who removes the ignorance (darkness) from his disciple and helps him evolve into a person with appropriate spiritual knowledge.

“Shishya” means disciple. The root of this Sanskrit word is “shas” meaning to teach, instruct, or provide a discipline. Traditionally, the student is seeking knowledge, particularly spiritual knowledge. He or she desires knowledge, and is ready and willing to follow a teacher’s instructions and discipline. The teacher, on the other hand, is the wellwisher of the disciple, is capable of imparting the knowledge, and is of clean character and above worldly affairs. The place where teaching takes place is called an ashram, which should be a quiet, simple place, away from the city environment, and conducive for spiritual development. Typically, the teacher and student are celibates. No material exchanges and transactions of any kind take place between them. This fact is a very important aspect of this relationship in Hindu tradition. Otherwise, it opens the door for exploitation of the student by the teacher.

This lack of a business-type relationship between the student and guru is essential. The student should never put his trust and devotion in a teacher who requests anything, either money, possessions, or anything physical. Once the student has found such a desire-less, non-self-serving teacher, only then can the student have confidence in the teacher’s capability and show respect for his knowledge. This relationship must remain pure for the entire duration of the relationship.

What’s more, it’s important to understand that the student’s trust and devotion are not supposed to be based on blind faith or an expectation of miracles from the guru. Trust in the guru is supposed to be verifiable. In other words, there must be clear proof that the teacher actually possesses spiritual knowledge and is capable of imparting it. Without veracity, a person posing as a guru can say or do anything.

There are various famous pairs of guru-shishya in Hindu scriptures. In the Upanishads, one finds many philosophical dialogues between teachers and students. For instance, in the Mundakopanishad, the creator teaches his son Atharva, and Atharva teaches his disciple Angiva, and so on and so forth. Another famous scriptural pair is Lord Krishna and his disciple Arjuna in the Bhagavad Gita. In modern India, various saints such as Ramakrishna Paramhansa, Ramana Maharshi, Swami Chinmayananda, Swami Dayananad, etc., have imparted knowledge to hundreds of their disciples.

In India, Hindu children learn that their mothers and fathers are their first gurus. Then other gurus follow throughout their lives, including a spiritual guru. The highest guru is the one who teaches and gives the experience of “tat twam asi,” meaning, “You are Bhrahman (God).” Guru Dattatreya was once asked by King Yadhu the secret of his happiness and the name of his guru. He said atman (self) is my guru, yet I learned wisdom from nature.

Gurus can be roughly divided into two main classes:


The bhakti form of the guru-shishya relationship generally incorporates:


The danger in the bhakti tradition lies in the choice of a guru. There is real danger that ignorance and blind faith can mislead a shishya from what he or she is really seeking. In the gyan-based relationship, there is less danger of deceit, because the student does not worship the guru as God.

Some learned and God-realized people, like J. Krishnamurti and Lahiri Mahasaya, refused to allow their followers to organize any kind of organization or sampraday around them. Their relationship was strictly based on the exchange of knowledge. The guru’s only goal is to help the shishya accomplish his or her spiritual advancement via his or her own ability to look within from a healthy, unattached perspective.

In the annals of guru-shishya tradition there are various types of sampradayas (organizations). There are the demonic types—like the Bernie-Maddox-type, which prey on people’s innocence, beliefs, and gullibility. This is what we witnessed with the Barsana Dham episode, and its fake “gurus,” who were clearly only interested in exploiting people.

However, despite the people with ulterior motives acting as gurus, having wrong intentions, and no true knowledge to impart, the tradition of the teacher-student relationship in spiritual advancement has endured over thousands of years—and will continue to endure long into the future. With so many calling themselves “guru” today, it is more important today than ever before for every student seeking a guru to hold that guru up to the standards that have endured through the ages: true knowledge, right motivation, and pure intentions