Getting Clear on Cults in "Going Clear" — The Many Ways thatScientology, Jagadguru Kripalu Parishat, and Every Other Cult are Alike 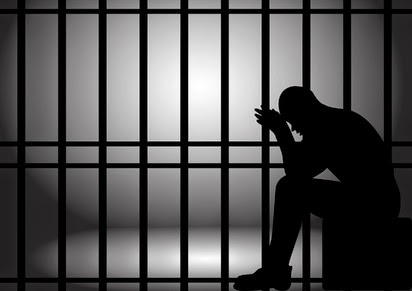 Author discusses the topic of the "prison of belief." It’s a concept I have both lived — and escaped.

I had the great pleasure of attending a book reading on Tuesday night at Book People for author Lawrence Wright’s new book, Going Clear: Scientology, Hollywood, and the Prison of Belief.

The question-and-answer session was fascinating. By diving deep into Scientology, Wright exposed many of the realities of all cults. His theory about “the Prison of Belief” is especially riveting — and chilling — for everyone who has ever been involved in a cult.

I think ex-cult devotees will see the many parallels between this cult and their own cults, in my case, Jagadguru Kripalu Parishat.

Here are excerpts from the book reading. Do you see similarities to your cult in Wright’s answers?


He had mental difficulties, and even asked for help from the military, at one point. But there’s no evidence showing he ever got any help. Some people have called him a malignant narcissist and a paranoid schizophrenic. He was certainly a flamboyant and charismatic character. The legend he created for himself mirrors the concept of a shaman-like existence. In ancient times, shaman were often mentally ill, perhaps even schizophrenics. They are the ones who had the otherworldly visions, which they then shared with their tribes, who viewed them as gifted holy men.


He certainly made a lot of money out of his venture. He got rich very quickly after publishing Dianetics, which was a worldwide hit. But then he lost his money. That’s when he began creating Scientology. He worked on it until he died. He geared it to be a church and aimed it specifically at celebrities in Hollywood.


3. What happened after his death?


All new religions require both a charismatic founder — and a successor who will keep the founder’s vision going. In Scientology this has been David Miscavige. Under his reign, many things have happened, such as getting tax-exempt status as a “church.” One way they worked to get this designation is by tracking down IRS agents and running smear campaigns about them. The IRS finally caved under the pressure. At that time, Scientology owed over $1 billion in taxes. But it got off with paying only a couple of million.


I understand the incredibly powerful hold religion has on some people. It has the power to transform their lives for good or for ill. It’s a subject of obsession for many people. Every “religion” has it’s own angle. Scientology claims it offers a foolproof technology for personal and spiritual enlightenment. It has aspects that act like a religion and aspects that don’t.


5. How can people fall for an obvious con game?


What defines a community is the idea that “we all believe this,” knowing the ideas seem absurd to “outsiders.” In fact, the crazier the beliefs, the better the believers like it. The fact that others don’t believe provides stronger protection within the community, because they are surrounded and supported by other true believers.

Some religions force members to go door-to-door to evangelize while they don’t get many new recruits, they also don’t get many defectors. The act of forcing members to testify over and over again, making public declarations of their faith, makes it really difficult for them to walk away.


6. How much money does the Scientology have?


It has over one billion dollar, mostly in reserves in offshore accounts. It is gifted in lawyers. They have money, lawyers, and beautiful buildings. What they are hurting in is membership. People are leaving, albeit, quietly.


Many people feel like they are helped by Scientology. At one time, the government was gearing up for a raid of a Scientology building where “Sea Org” members were reportedly kept in a prison-like environment, enduring extreme human rights indignities. But this is where the “prison of belief” comes into play. If the FBI had raided and told the people they were free, they would likely have said, “But we’re here for our own good.” In fact, some people have escaped, only to return, knowing full well what was in store for them. Many people like living in a totalitarian, circumscribed existence where all of their life’s decisions are made for them.


People join for different reasons. But there are a few common denominators:


I can’t wait to read this book, simply for Wright’s insight into the prison of belief. It’s a concept I have both lived — and escaped. My own book documents my experience in detail: www.sexliesandtwohindugurus.com.
Posted by Rishika (Karen Jonson) at 10:43 AM