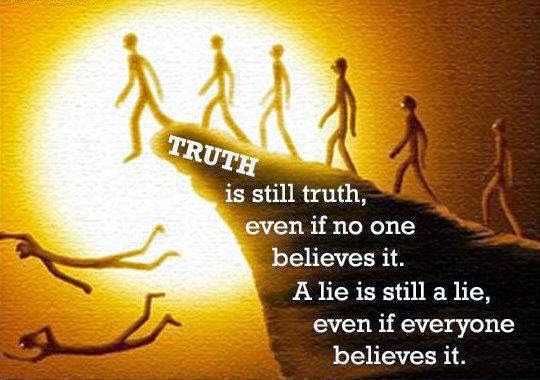 
It’s Easy to Learn About Kripalu’s Arrests for Rape — and Prakashanand Saraswarti’s Arrest and Conviction for Child Molestation — Just Google Them!


Why are organizations like the Center for Interfaith Relations and the Hindu Students Association of Austin College still acting like the founders of Jagadguru Kripalu Parishat are not child rapists?

After all, the critical information about the true nature of this organization is readily accessible on the Internet for everyone to see — with just a few clicks.

There’s the news about Kripalu Maharaj’s (aka Ram Tripathi) arrest for rape in Trinidad.

And the subsequent sharing of information about his true nature — and his dark secrets.

There’s the information about his arrest in the early 1990s for raping two underage girls.

There are stories on my blogs from girls who were sexually abused by him.

There’s the deluge of news about Prakashanand Saraswati’s (founder of Radha Madhav Dham) arrest and conviction for child molestation in Texas — and subsequent escape into Mexico, then India, where he’s hiding in plain sight today.

And, of course, there’s my book, Sex, Lies, and Two Hindu Gurus, which tells all of Kripalu’s and Prakashanand’s dirty big secrets of sex abuse, money corruption, and typical cult machinations.


No Shortage of Facts Available Online About JKP’s Corrupt History


Maybe the students from Austin College who attended holi at Radha Madhav Dham recently don’t know about the conviction and felonious escape of the founder of Barsana Dham, but the college advisors certainly should.

After all, it was all over the local media during and after the trial.

The Austin American-Statesman covered the trial every single day, and followed up with more stories about Prakashanand’s escape from justice.

The national news also reported the story — as did India news media.

Here’s my post about the many followers of Kripalu and Prakashanand who helped him escape. And there were many others who also helped, but who are not mentioned in the legal documents.

Maybe the organizers of the Festival of Faiths don't know anything about Prakashanand's arrest, conviction, and escape, and Kripalu's arrests for rape and subsequent revelations about his true nature either — but they should have learned before inviting a JKP person to speak, along with His Holiness the Dalai Lama.

Prior to the mid-1990s, people could be excused for not knowing Kripalu and Prakashanand’s dirty secrets — because they hid them so well.

But today, with the Internet, there is really no excuse anymore, in my opinion.


Every religion on Earth has its con games, sociopaths, and child abusers. Everyone knows that.

So why wouldn’t people do a few minutes of online research before getting mixed up with and inadvertently supporting a corrupt so-called spiritual organization — especially one that hurts children?

I’m shocked that Austin College didn’t do its due diligence before allowing 15 students to go to Austin and get mixed up with JKP?

I’m even more shocked that the Center for Interfaith Relations is allowing anyone from JKP, let alone Siddheshwari, who has her own personal history of sexual shenanigans that resulted in the closing of her organization, formerly called the Divine Love Mission.

She admitted to a group of her followers that she’d had sex with Kripalu, another JKP preacher, and some of her “followers.”

After the followers kicked her out, the group sent a letter to her newsletter mailing list warning them about her and about Kripalu’s desire to have sex with underage girls.

With all of this information — and more — out there, why would any organization want to risk exposing more people to this corruption and abuse?

Some people have told me that JKP denies everything and says, “It’s a conspiracy” and other such nonsense. Of course, they say that and make other excuses.

Do you really think they want to lose their grand moneymaking and child-abusing scam?

No they don’t! They’ll say anything to keep it running. That’s got to be obvious.

I’m continually shocked by how willing some people are to shut their eyes to the truth — and just blindly accept that anyone wearing the garb of a religious person and claiming to be “spiritual” is given the opportunity to perpetuate their con game — and hurt others.

How spiritual is that?

I welcome feedback from the Center for Interfaith Relations and Austin College.


You Can Help Educate More People About JKP. It's Easy.


Please help spread the truth about Jagadguru Kripalu Parishat. Simply sent them a link to this web page — including every college, temple, and Hindu organization near you — because it’s the right thing to do to keep people free of JKP's clutches.
Posted by Rishika (Karen Jonson) at 11:31 AM