My favorite Shakespeare play is “MacBeth.” Maybe it’s because I had a wonderful English teacher in 12th grade who really dug into the various characters and their motivations.

For example, he stamped an impression of the three witches in Macbeth into my mind that I’ve never forgotten. He said they were likely “camp followers.” These were women who followed around armies and provided the men with “services,” including cooking, cleaning, and sex.

If you know the play, you know it’s ultimately about human greed — and the destruction created by unquenchable greed for power, name, and fame. While people are murdered so that Macbeth can rise to power, he and Lady Macbeth slowly go insane because they are so evil.

Today this play reminds me of Jagadguru Kripalu Parishat — which has been driven from Day One by the unstoppable greed of Kripalu Maharaj for sex, money, and fame. And now that he’s dead, his daughters have taken over the greed game. Their current ONE BILLION dollars in cash and property isn’t enough for them — as they song goes, they want “More. More. More.”

And this brings me back to the three witches in Macbeth. Like them, the three daughters of Kripalu have been camp followers all of their lives — curiously never married — why? Because no one wanted them? Or because they were already “married” to their dad? Or both? They certainly provided all the right services all of these years. 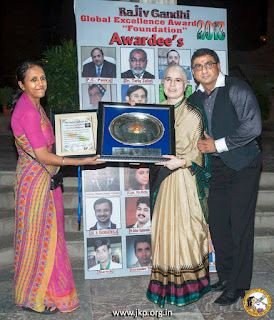 Now they have been elevated to beyond camp followers to leaders of the pack. And they can only keep the con game running (out of greed) by telling lies.

Again this is reminiscent of the three witches of Macbeth. As you may recall, Macbeth’s downfall begins when he runs into the witches who drop several hints into his mind about his potential to become the King of Scotland. After he shares their pronouncements with Lady Macbeth, the greed begets a series of murders and mental illness.

Here’s what Macbeth says upon first laying eyes on the witches:

What are these,
So wither’d and so wild in their attire,
That look not like th’ inhabitants o’ th’ earth,
And yet are on’t? Live you? or are you aught
That man may question? . . .
By each one her choppy finger laying
Upon her skinny lips. You should be women,
And yet your beards forbid me to interpret
That you are so.

Then they drop a few lies into Macbeth’s ears — which begins his downward spiral toward destruction.

Here are the new lies being propagated by JKP’s three crones and their minions:

I can hear them chanting now as they try to dupe more gullible people:

Round about the cauldron go; In the poison'd entrails throw.

Fillet of a fenny snake, In the cauldron boil and bake;

Eye of newt and toe of frog, Wool of bat and tongue of dog,

For a charm of powerful trouble, Like a hell-broth boil and bubble.”

Here’s the truth (and I have proof of all of it):

Nothing good can come from these three women’s scheming. If I were you — I’d get out while you still have your life and your sanity (oh, and, of course, your life savings).

Here’s a tip to the “didis” — why don’t you just take the billion dollars your dad already stole from people and go away for good? Go live full-time in your big house with the hidden rooms in Mussoorie India — you know the one: where you let Prakashanand Saraswati hide out. The world doesn’t need any more witches like you creating lies, stealing people’s hard-earned money, and just generally creating mayhem wherever you go.
Posted by Rishika (Karen Jonson) at 12:56 PM