Two Years After the Infamous Escape of the Con Man, I’m So Very Happy that He Can Never Ever Again Darken the Shores of the United States 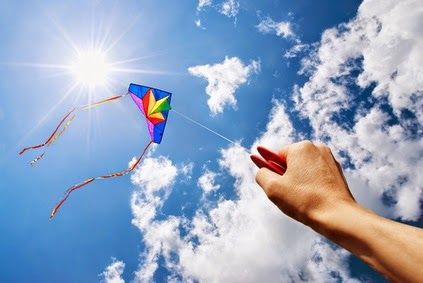 My life is full of light and freedom since my two ex-"gurus" lost their freedom to darken the shores of the United States ever again. It's a relief knowing that they are forever half a world away from me. I hope India eventually does the right thing to protect its citizens from these highly skilled con men and child abusers.

On Sunday, I attended the Kite Festival in Austin’s Zilker Park on Town Lake.

As I walked the grounds with my adorable dog and watched kites of all sizes and shapes dance in the wind, I couldn’t help but remember the last time I attended this event. It was two years ago — on the weekend before the infamous escape from justice of my ex-guru, Prakashanand Saraswati.

On that day, I met up with two women from the trial and their husbands. There had been sad drama that morning when Adolph Tonnesen called his estranged daughters to beg them for mercy on Prakashanand’s soul.

“Please don’t hurt the person I love most in the world,” he implored them, completely disregarding how much that convicted child molester had hurt them — and how much that he, as their father, was hurting them now.

Later, we learned that Adolph was also feverishly trying to help Prakashanand get a fake passport.

That’s what “devotion” to con men like Prakashanand and Kripalu Maharaj does to a person — it turns them into selfish, cruel, abusive people who are willing to do anything, including abandoning their children and breaking laws.


Prakashanand rallied a whole gang of these kinds of people during his nine months on the run in Mexico — until, in November of 2011, he finally got his fake passport. He was able to return to a place where he knew exactly how to navigate the back alleys with black money deals to keep his butt out of jail.

Despite the best efforts of many people to make him pay for his crimes, he is now living freely in India. But, is he really free? Or is he skulking around in different cars traveling from Mussoorie, where he’s likely hiding, to Delhi for medical treatments, and staying at different people’s homes every time to avoid detection?

You see the alleged “saint” is suffering from an all-to-human condition — prostrate cancer. It’s a condition he tried to keep hidden from his followers, because it might break the illusion of his supposed sainthood.


Prakashanand’s Reign of Terror is Over in the U.S.


While it would have been nice to see him in jail, it also would have been frustrating. For one thing, his high-priced lawyers would be filing every appeal known to man on a regular basis. Also, his devotees would have been vociferously fighting his detention. Further, it just might have dredged up a modicum of support in the form of the “martyr syndrome.” This way people can see his true colors.

From my perspective, for my life and happiness, I’m thrilled that his conviction for child molestation and fugitive-from-justice status assures me of one wonderful outcome: Prakashanand can never, ever return to the United States.

And that includes Kripalu, too.

Neither of them can darken the U.S. borders ever again. It’s now up to India to either capture them or let them continue to operate their sex cult.

I am reassured by the fact that every year from now on I’m free to attend the Kite Festival and every other event in this wonderful city and country knowing that I’m as free as the kites dancing in the breeze.

And knowing that Prakashanand and Kripalu are forever half a world away.

Now that is a victory!
Posted by Rishika (Karen Jonson) at 12:02 PM